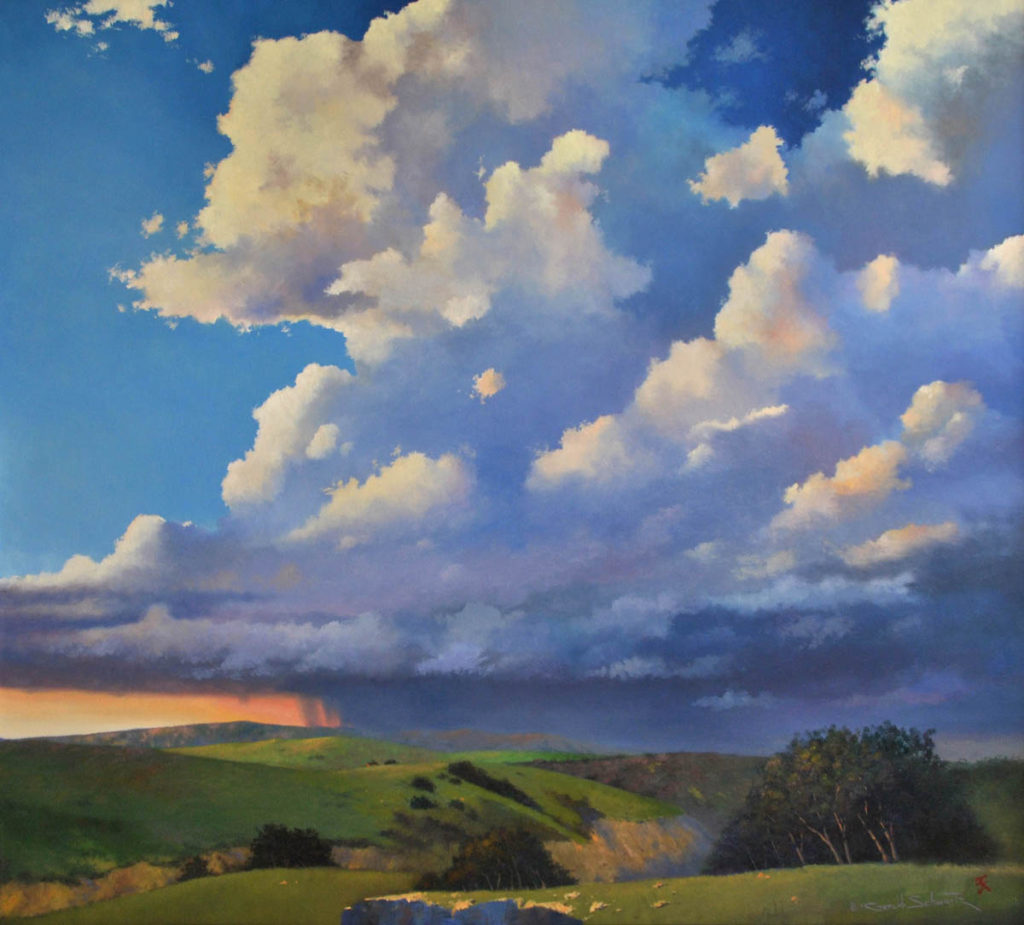 When is the last time you stopped to marvel at the sky, its dramatic clouds piling ever higher while sunlight bathes everything in a golden haze? Oil painter Gerald Schwartz makes a habit of appreciating the sky and it’s many facets. It’s not unusual for him to pull his car off the side of the road to chase the last light of a lingering sunset or the illumination of the landscape just before a storm. Jerry takes inspiration from light and the resulting paintings almost glow themselves.

At the young age of 16, Jerry became the youngest artist to exhibit his work at the Greek Theater in Los Angeles. He followed his passion to Art Center College of Design and when he left he became an assistant art director with a fashion trade magazine. He also pursued free-lance illustration and photography. But through it all, he never lost focus on his true love, the medium of oil paint. He decided to make the leap into the fine art world and the rest is history! 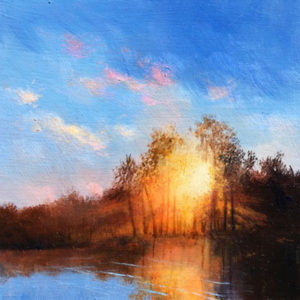 Jerry paints daily in his Arizona studio. His photo-realistic canvases range from miniature (only 6 x 6!) to quite grand and convey a variety of subjects. Skies feature heavily in his work, but he also paints landscapes, nighttime scenes and rainy day images. Whatever he chooses, his quality of light and exquisite level of detail are unfailingly Jerry. A yearly exhibitor at the Festival of the Arts in Laguna Beach, Jerry pushes himself to present the familiar in a new and exciting way, as he’s done in his recent painting LA Drizzle. 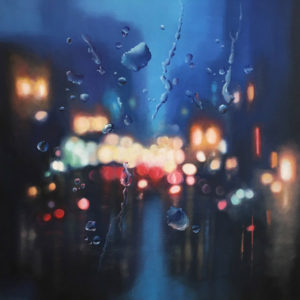 See Gerald Schwartz‘s remarkable canvas in person at Chemers Gallery or on our website by following this link. And, the next time you see a particularly dazzling sky, stop for a moment to admire and think about how Jerry might immortalize the moment!